Time To Plan For A Meaningful Ramadan 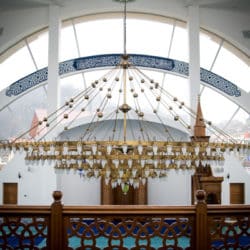 With the new moon of Sha’ban just around the corner, there’s just over a month before Ramadan arrives. I want to talk about how we can plan from now to make this one the most epic Ramadan we’ve ever experienced. This isn’t just a dream; it is an ambition. No, it isn’t a fantasy; rather it is an accomplish-able reality. But for it to be possible, we need to start planning from now if we truly desire to become valid recipients of it.

Where do we begin?

Today I want to focus on two core issues.

Number one: planning for gains.

Let’s begin with the gains as I feel it’s practical to start on a positive note.

Beyond all the virtues that emphasize the importance and significance of the mercy of Allah, the importance of gaining His forgiveness, and the importance of distancing oneself from the hellfire, what correlation exists between these three specifically?
Also, what example can be drawn up to allow us to understand a deeper meaning to them all in our lives?

Let me present an example for us to all understand.

Let’s pull a scene from an action film—a scene that depicts the extreme height of adventure surrounding fear and hope, leaving the entire remainder of the movie hanging in the balance.

You see, you have the hero being held captive. All that’s running through his mind is how to get out. So his mind is constantly at work. The first thing he will require is a window of opportunity; secondly, a tool or instrument to assist him in breaking loose; and lastly, a well-thought-out plan to exit.

To gain that window, he is at the mercy of some disruption. Something has to disrupt the current order so that those around him will disperse in confusion. Secondly, he needs the key or a tool to break free. Lastly, he will need to swiftly exit that facility and free himself from the hands of his captives.

Are you with me? I’m not making a movie here; I’m just presenting an example.

So all three steps are equally vital for his complete and much-needed freedom.
Just say for example he took the window of opportunity, yet never set himself free. That’s a loss.

Just say he took the window of opportunity, set himself free, but ran right back into the hands of the enemy. That’s a greater Loss.

Keeping the example quoted above in mind, a believer is being held captive of his or her lifestyle, and the devil is always diverting one’s attention and efforts away from one’s purpose.

Allah has brought about a disruption in the form of introducing the blessed month of Ramadan which in return chains down the devils (Bukhari 1899 / Muslim 1079), disrupting them from their regular activities.

This is the window of opportunity. This is the mercy of Allah. If one acknowledges this, then they could fully benefit from the first 10 days of Ramadan. Disrupt your current ways to seek freedom.

Next, a tool should be in sight or near to set you free. Plan on how to get it into your hands. You only have 10 days to do this, so you need to do it quickly because the enemy will return soon.

This is the forgiveness of Allah. It is the second 10 days of Ramadan. You need to plan from now by acknowledging what types of shackles or ropes are tying you down and break free from them all once the opportunity arises.

Lastly, once you break loose, run like there’s no tomorrow. Run like your life depends on it. This is emancipation from the horrors of the hellfire, and these are the last 10 nights of Ramadan.

This is what we want to gain. But for it, we’ll have to learn to lose first.

Allah has brought this month and blessed it with these three phases, not so that we remain captive to the devil, desires, and slavery of the world rather than the Master of it, but so we break away from it.

But how can I tell if my life is on the right track and not muddled in with the wrong practices? How can I identify the items I need to discard and cut away from to gain that freedom? And how can I honestly see individual acts as detrimental to my soul and body as I see other acts as a positive reinforcement of my mind and body?

For the goal of each and every believer is that they want to do what is right and abstain from what is wrong, but many times identification of the two categories may be confusing.

Let me help in identifying it.

The story of Musa (AS) and Khidr in the Quran (the chapter of the Cave, 18:60-65), Allah instructed Musa (AS) to take a fish in a vessel, and where the fish disappears he would find the man he sought. Musa (AS) set out on his journey, accompanied by a young man who carried the vessel with the fish. At the place where two rivers met, the fish jumped out into the water; Musa (AS) was unaware of this occurrence. It was only when they passed that area, though, that he began to feel fatigue, hunger, and exhaustion. He asked for the fish, only to be told that it had jumped out a while ago. So they both traced their tracks back to where it all happened, and lo and behold they found Al-Khidr—the guide.

The manner in which we can identify the harmful acts that tie us down and make life difficult is through the fasting itself. Just say one morning you begin the fast with the predawn meal high in protein, carbs and the works. But not too long later, around 11 a.m., you start to feel hunger, and it only continues to increase as the day goes on. You question why it is happening and what you missed in your diet that could have prevented it.

Another example is that you got only a minute to consume something before the fast began. You had just enough time to drink a cup of water and maybe eat a bite of a cookie. You never got the carbs or the proteins that you intended to, but the fast goes by in such a seamless fashion that you forget about hunger and you feel energized throughout the day.

Why does this happen?

The correlation between these examples and that of the story of Musa is the fish. In this case, it is an act or an utterance.

Whenever you start to feel hungry during the fast, pause and trace back the last actions or words that you committed or uttered. There’s a high possibility that you did something or said something that isn’t recommended or accepted in Islam, hence depleting your physical energy only to highlight how detrimental it can be too in draining your account and your balance of good deeds.

Once you can identify one of those actions or those utterances, jot it down, make a note of it, and work diligently for the course of the 30 days to free yourself from those actions and words.

Freedom entails that upon the completion of the holy month, you not only disconnect yourself from those vices, but also that a sense of disgust arises within you when you even think about it.

May Allah Almighty allow us all to benefit from the upcoming month of Ramadan. Ameen.