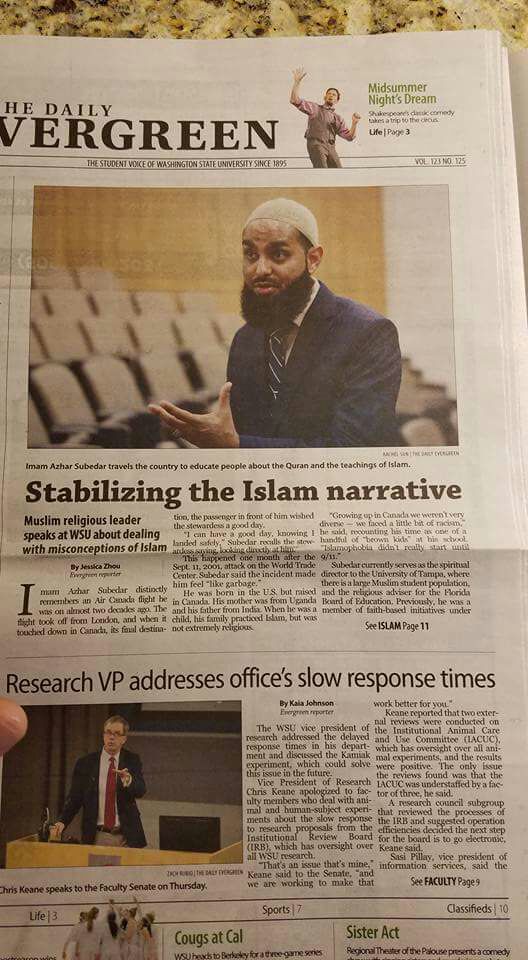 Stabilizing the Islam narrative Muslim religious leader speaks at WSU about dealing with misconceptions of Islam Original post: www.dailyevergreen.com Imam Azhar Subedar distinctly remembers an Air Canada flight he was on almost two decades ago. The flight took off from London, and when it touched down in Canada, its final destination, the passenger in front […]